Written by the members of the Security Guidance Working Group

All clouds utilize some form of virtual networking to abstract the physical network and create a network resource pool. Typically the cloud user provisions desired networking resources from this pool, which can then be configured within the limits of the virtualization technique used. If you are a cloud provider (or manager of a private cloud), physical segregation of networks composing your cloud is important for both operational and security reasons.

In this blog we will:

We most commonly see at least three different networks underlying IaaS, which are isolated onto dedicated hardware since there is no functional or traffic overlap: 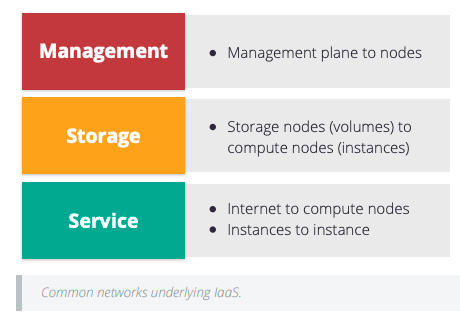 This isn’t the only way to build out a private cloud network architecture, but it is a common baseline, especially for private clouds that don’t deal with the massive scale of public cloud providers but still need to balance performance and security.

There are two major categories of network virtualization commonly seen in cloud computing.

VLANs leverage existing network technology implemented in most network hardware. VLANs are extremely common in enterprise networks, even without cloud computing. They are designed for use in single-tenant networks (enterprise data centers) to separate different business units, functions, etc. (like guest networks). VLANs are not designed for cloud-scale virtualization or security and shouldn’t be considered, on their own, an effective security control for isolating networks. They are also never a substitute for physical network segregation.

A more complete abstraction layer on top of networking hardware, SDNs decouple the network control plane from the data plane (you can read more on SDN principles in this Wikipedia entry). This allows us to abstract networking from the traditional limitations of a LAN.

There are multiple implementations, including standards-based and proprietary options. Depending on the implementation, SDN can offer much higher flexibility and isolation. For example, it can offer multiple segregated overlapping IP ranges for a virtual network on top of the same physical network.

On the surface, an SDN may look like a regular network to a cloud user, but being a more complete abstraction will function very differently beneath the surface. The underlying technologies and the management of the SDN will look nothing like what the cloud user accesses, and will have quite a bit more complexity.

For example, an SDN may use packet encapsulation so that virtual machines and other “standard” assets don’t need any changes to their underlying network stack. The virtualization stack takes packets from standard operating systems (OS) connecting through a virtual network interface, and then encapsulates the packets to move them around the actual network. The virtual machine doesn’t need to have any knowledge of the SDN beyond a compatible virtual network interface, which is provided by the hypervisor.

On the positive side, software-defined networks enable new types of security controls, often making it an overall gain for network security. The benefits of SDN mean that:

*Note, that while the potential is there, the actual capabilities of SDN depend on the platform. Just because a cloud network is SDN-based doesn’t mean it actually conveys any security benefits. 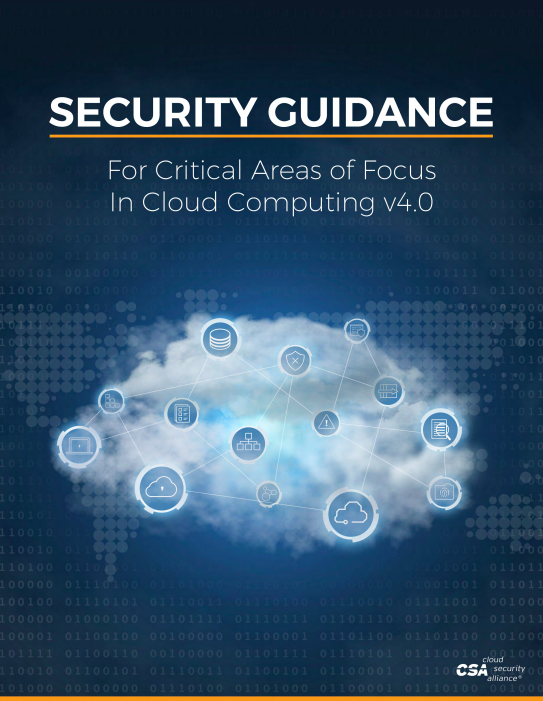 If you want to learn about cloud security we recommend that you start by reading the CSA Security Guidance for Cloud Computing which is available on our website. It provides a baseline level of knowledge for security and non-security professionals alike to understand how cloud changes security and best practices for staying secure in the cloud.

If you are looking for formalized training around cloud security, CSA also offers the Certificate of Cloud Security Knowledge (CCSK) that goes in more depth explaining the information provided in the Security Guidance.
VirtualizationSecurity Guidance What Is Payment Orchestration?