This blog was originally published by Onapsis on February 9, 2022.

On Thursday, December 9, a critical vulnerability (CVE-2021-44228) in Apache log4j, a widely used Java logging library, was made public. Some are calling it “the most serious vulnerability they have seen in their career.”

Since we became aware of Log4j, we has been working to understand the impact of this vulnerability on some of the most widely used SAP products. Onapsis and SAP partnered together for a session on protecting SAP applications from the threat of Log4j. Read on for the highlights or watch the full webinar here. 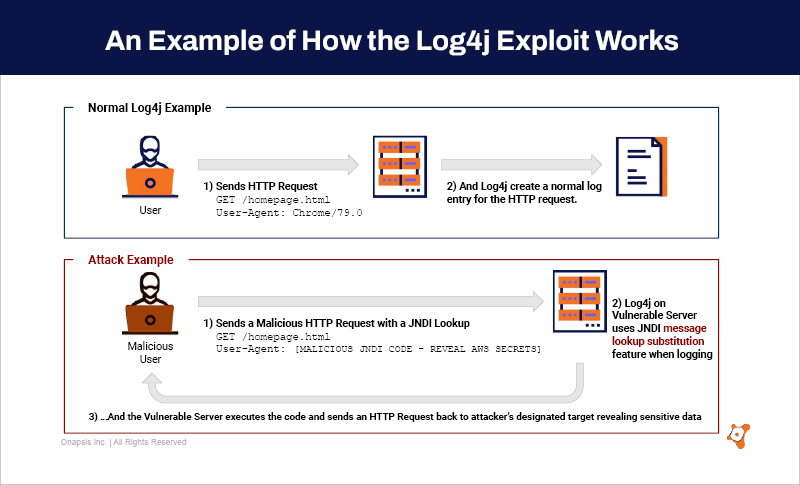 Log4j (CVE-2021-44228) is a remote code execution (RCE) vulnerability that enables threat actors to execute arbitrary code and take full control of vulnerable devices. In a normal flow, a user would send an HTTP request to a web server, the web server would react, invoking a logging library, and write a log. On a vulnerable system with a malicious request, the same request goes to the web server, but inside of that request, there is malicious code written in such a way that when that web server invoked the JNDI message lookup feature, it would execute the malicious code. If there is a vulnerable system, it's very easy for the attacker to establish themselves and to get that code executed. 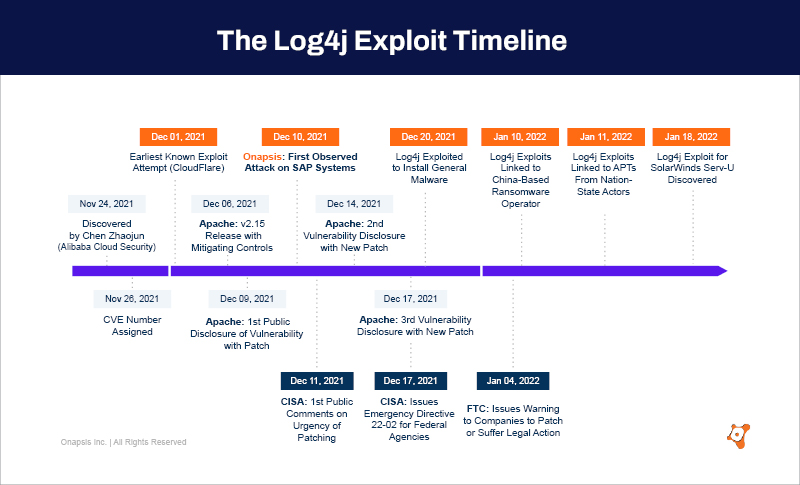 The good news? We did not see any exploitation activity directly targeting SAP systems. Most of the attacks seen in our Threat Intelligence Cloud look for mass-exploitation. 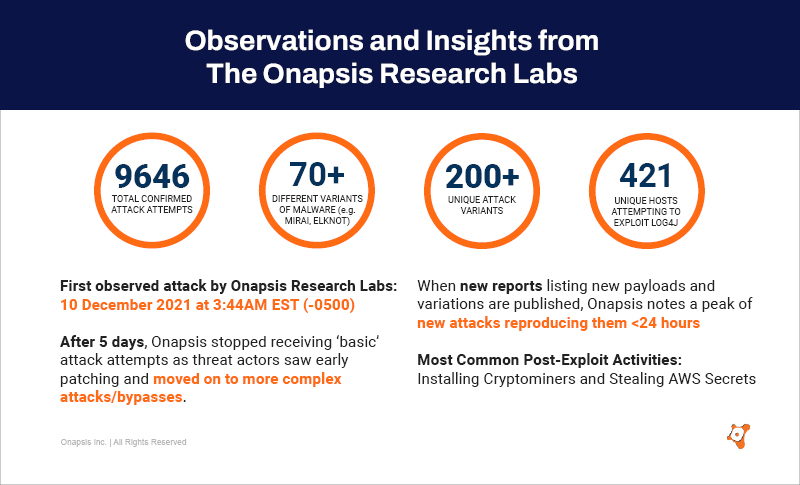 Next Steps for Organizations

On-Demand Webinar: Watch our on-demand session with Richard Puckett, Chief Information Security Officer at SAP and Sadik Al-Abdulla, Chief Product Officer at Onapsis for the threat intelligence around the Log4j vulnerability and implications of the vulnerability on SAP applications.

Onapsis Security Advisory: For the most up-to-date information regarding the Log4j vulnerability, please refer to our security advisory.