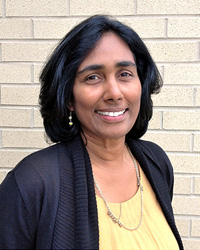 The Cloud Security Alliance (CSA) service award for outstanding contribution to the CSA community has been named after Juanita Koilpillai, working group co-chair, chapter leader, author, instructor, speaker, and developer of content for CSA and the cybersecurity industry. Juanita was a luminary in her field and broke many glass ceilings on her path to becoming a founder and chief executive at two successful start-ups. She was an engineer, CEO, and pioneer in developing networking, cloud, and computer security systems.

Juanita was a brilliant, highly talented, and creative individual who was passionate about life in and outside of cybersecurity. She was the Founder and CEO of Waverley Labs, a pioneer in Software-Defined Perimeters (SDP) and digital risk reduction solutions. Juanita spent over 30 years researching and developing systems in computer security, network management, and real-time distributed software. She was a leader of the open source SDP effort with CSA and an active contributor to creating cloud computing standards with the U.S. National Institute of Standards and Technology (NIST). Juanita was a key member of FEMA's Enterprise Security Management Team and served as Principle Investigator for several U.S. Department of Defense (DoD) initiatives. Throughout her career, Juanita shared her knowledge with others and mentored young women with careers in technology.

Prior to her success at CSA, Juanita earned dual Master's Degrees in Mathematics and Computer Science. She co-founded Mountain Wave, a cybersecurity start-up that sold to Symantec, and CyberWolf, an advanced automated attack warning system deployed by the U.S. government and later acquired by Symantec.

The Juanita service award will be awarded to CSA members whose contributions reflect Juanita's passion for volunteerism. Like Juanita, these recipients exemplify volunteerism, innovation, and leadership. The spirit of the CSA service award was first established in 2012, previously named after Ron Knode, another inspiration to those around them. 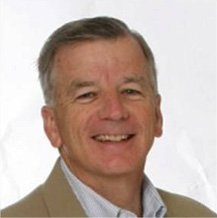 The award was originally established as the Ron Knode Award from 2012-2022. Ron Knode was an information security expert and member of the Cloud Security Alliance family, who passed away on May 31, 2012. Ron was an innovative thinker and the author of the CSA Cloud Trust Protocol. Ron was a cherished member of CSA, with endless energy and humor to guide his volunteer contributions.

Ron Knode was a Director in the CSC Trusted Cloud & Hosting business unit, where he served as the consulting Trust Architect for CSC’s cloud services and a strategic advisor to all who are seeking an enterprise payoff by employing secure and trusted cloud services as a part of their enterprise IT architecture. He was also a Research Associate in CSC’s internal innovation think tank, known as the Leading Edge Forum (LEF), and an adjunct associate professor in the graduate school of Applied IT (AIT) at Towson University in Towson, Maryland.

Prior to his selection to the LEF, Ron was a Director in CSC’s Global Security Solutions business unit where he was responsible for the design, provisioning, deployment, and measurement of end-to-end security solutions that support CSC’s commercial and government clients around the world. Along with his operational and architectural duties, Ron served the LEF as the primary researcher and author for a programme entitled Digital Trust. That programme explores the ability of an enterprise to create new value with security services and technologies, rather than attempting only to do an incrementally better job of protecting the enterprise value that already exists. He also published a follow-up report with the ACLI on the application of digital trust in the life and annuity industry.

Ron held bachelor and master’s degrees in mathematics from the US Naval Academy and the US Naval Postgraduate School, and he completed doctoral coursework in computer science at the University of Maryland. He was a Certified Information Security Manager (CISM) in accordance with the standards and qualifications of the Information Systems Audit and Control Association (ISACA). He was also a fully trained Black Belt in Six Sigma quality improvement processes.