Research Topics
About Topic
Working Group
Discussion Community
Publications
Home
Research
Application Containers and Microservices
Application containers and microservices architecture, as defined in NIST SP 800-180, are being used to design, develop and deploy applications leveraging agile software development approaches such as DevOps. The security of application components needs to be considered throughout the Software Development Life Cycle. The use of containers and microservices have been increasingly implemented in organizations. This increase in popularity can be attributed to the ease with which they move through a lifecycle allowing for efficient restart, scale-up, or scale-out of applications across clouds. However, these unique characteristics also mean there are distinct security ramifications which must be considered.
What are microservices?
The next evolution of the application architecture is the “service-oriented architecture” (SOA). In SOA, the entire gamut of solutions (e.g. supporting a business process) is broken up into multiple parts or components called services. The design of a microservices architecture is intended to address the limitations of SOA by enabling the individual microservices to communicate with each other using lightweight protocols such as Representational State Transfer (REST). Furthermore, the individual microservices can be developed in platforms best suited for them, allowing for heterogeneity in addition to independent scalability and deployment due to loose coupling between individual microservices.
What are the security risks associated with microservices?
This new approach presents new security challenges such as an increased attack surface due to an increase in the number of components and secure service discovery as a result of the dynamic nature of service instances due to location changes.
Who should read the research produced by this group?
This group assumes that readers have some knowledge of operating systems, networking, and security expertise, as well as expertise with application containers, microservices, and agile application development approaches such as DevOps.

Please note that this project is a subgroup of the DevSecOps working group. To participate you can join our DevSecOps community and let the leaders know you are interested in this particular area of DevSecOps. 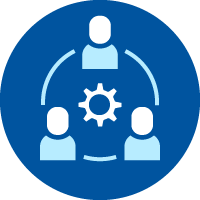 This document serves to propose a repeatable approach to architecting, developing and deploying Microservices as a “MAP” (Microservices Architecture Pattern). The proposed MAP contains all the information necessary for a microservice to operate independently and communicate with other microservices which, in aggregate, become capabilities which, in turn, become the components of an application. This paper describes the key elements of the MAP, how they should be designed and deployed, shifting security &amp; compliance left via a continuous compliance-as-code approach. Learn CSA’s recommendations and best practices to address the challenges in securing application containers in the engineering of trustworthy secure systems. This document is intended to be a companion document to Challenges in Securing Application Containers and Microservices as it provides recommendations and best practices to address those challenges. Recommendations were developed through extensive collaboration among a diverse group with strong knowledge and practical experience in information security, operations, application containers, and microservices. Hands-on in Supply Chain Security with SLSA, CIS Benchmark a... How Does Your Cloud Security Compare, and Where Do You Go Fr... Hunting Shadow Data: A Guide for Security and Compliance Teams How to Improve Your Kubernetes Security Posture